I actually bought this back in January, but have been too busy using it to think of taking a good picture. A new Dell U2410 (left) to go with my 2405FPW (right) bought back in 2005. I’ve had 2 monitors at work for years now, and it was time to get a second for home as well.

Browsing forums running while watching TV/movies/YouTube? Check! Minecraft in one screen and map viewer in the other? Check!

Playing Spreadsheets-in-Space on both? Oh yeah! 🙂 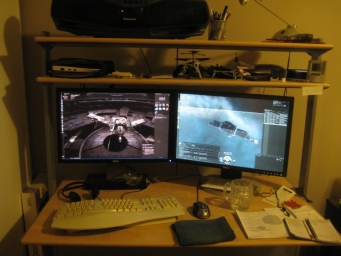 Toronto’s getting chilly: we had our first snowfall a few days ago, and it looks like it’s going to stay. Time for a new game to help winter pass!

I haven’t spent any time in the retail version of Aion, other than to make sure my account works. What looked more interesting was Eve Online: a MMORPG where players fly around in space blowing things (and each other) up! Here’s me in one of the beginner ships: 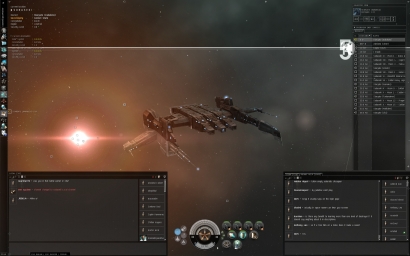 So far so good, other than there’s about a million things to learn before you feel like you have a handle on all that could go on. The in-game help channel has been fantastic, and the forums are full of a lot of good info as well. Other than the space theme, two of the big differences with Eve are that all the players live in the same world (unlike other games that split characters across multiple parallel universes) and that skills are time based. In most other games if you want to increase a skill, it’s usually based on experience, which is often based on the number of critters you kill. So more critters = more skill. But in Eve you choose the skills to train… and if it says a skill will take 24 hours to get to the next level… then it takes 24 hours… whether you’re online or not!

I haven’t tried any PvP yet: I’m a bit afraid of getting killed and losing my nice shiny beginner ship. That’s the other big difference with Eve: death has real consequence. If you played Eve for a month to save enough cash to buy a fancy ship… and you get in a fight and it gets blown up, it’s gone. It’s certainly making me more cautious as I learn the ropes…

Looking back it has been a year since Vanguard… and about 6 months since LOTRO (which I seemed to have forgotten to post any pictures for). Before Vanguard I think it was WoW for a couple weeks. I don’t know why… but I can’t seem to escape MMORPGs. Time to get back on the treadmill… 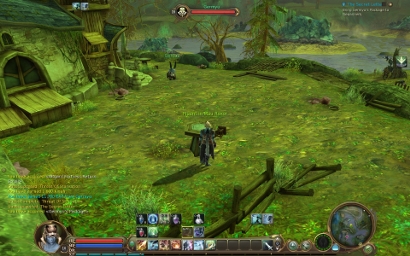 Every 6 months or so I read about a new one… and get the urge to try it out. This time it was Aion. What usually happens is I sign up for the new game… play it every waking moment for about 2 weeks… the decide “I’m done”, and walk away. I spent so much time in my first MMORPG that I think I’ve burned my brain out of the genre… the addiction doesn’t stick (to the chagrin of the companies charging the monthly fee)… making it easy to see when the real ‘grind’ begins so you can get out while you’re ahead 🙂 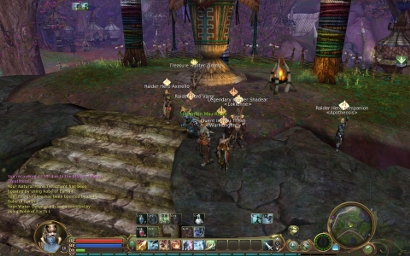 Aion is still in beta in North America (it has been out in Asia since November 2008)… and this weekend they opened up “beta 6″… the last beta to shake the bugs out before launch in September. So I rolled a Sorcerer and pushed through what content I could on Friday night and Saturday. Not enough time to do a detailed review… but initial impressions are that it’s “WoW-like” in how easy it is to get started in the world (Vanguard didn’t do much hand holding) but with some nicer graphics and early access to flight. PvP can be a big part of the game in later levels, but it’s not something I made it far enough to see. 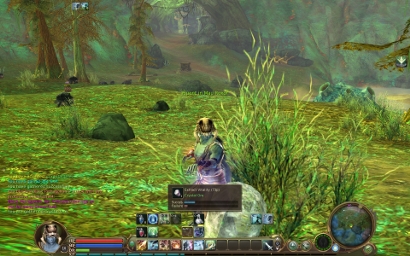 I’ll be traveling for business the next month, but should be back before Aion opens up “for real”. I’m looking forward to trying some other classes and seeing other parts of this new world… in fact I wish I could play tomorrow as well… but I have to get ready for my flight. 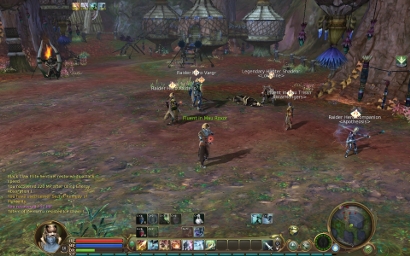 Although I don’t play computer games as often as I used to, the urge still comes and goes (seems it’s either games or motorcycles). These days I like single-player FPS’s, like Portal, the Half Life Series, and Crysis.

But I’ve also spent lots of time in MMORPGs. I played Asherons Call for a long time, years ago. Then some of my friends tried Dark Age of Camelot so I joined as well… but gave up after a couple of weeks. I’ve flirted with the 900-pound gorilla of the market: World of Warcraft (aka “WoW”), but gave up after 2 tries. Now I’m trying a new one: Vanguard: 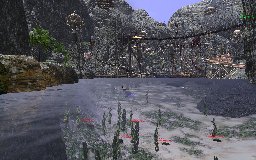 Compared to WoW it lacks polish and players (I bet one WoW instance has more players than all 4 Vanguard servers).. but it does look nice (when you’re not experiencing strange performance issues). It has a complex crafting and diplomacy system that takes some getting used to: but right now adventuring and crafting have drawn me it.

Oh, and you get to fly fairly early in the game ! 🙂 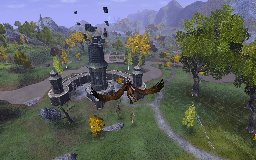 Actual you-take-off-and-land and you-control-where-you-go flying, not like the WOW flying-on-rails transport systems. Yes, if you want a general-purpose flying mount of your own it’s going to take some grinding. But I think it’s a fantastic idea to let new players get up off the ground early in their virtual lives. So Vanguard is where I’ll be spending my spare time in the near future 🙂