It’s Canada Day long weekend, I had a broken RC truck… and all the hobby shops were closed. How could I have some fun until the shops opened up again? Well, only one of the two camber arms on the truck were broken, so I took off the good one and sized it up against some square poplar dowels: 3/8″ on top and 1/4″ on the bottom. 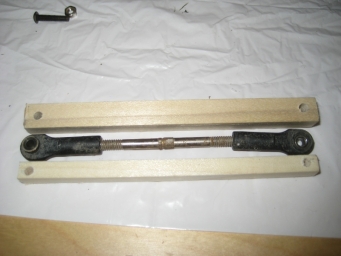 The 1/4″ inch one fit with no further trimming, success! 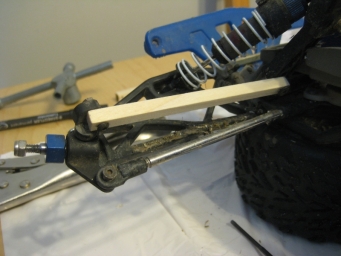 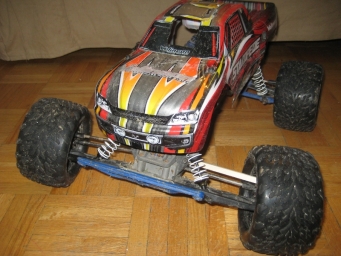 I ran 2 battery packs through the truck and nothing broke. Then I brought it back inside to swap to some street tires for goofing around. But with more grip on pavement the front tires were taking more of a beating on hard cornering… and eventually the little wooden camber arm broke 🙁 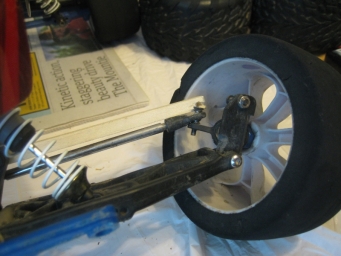 Luckily I still had the larger 3/8″ piece: with a little trimming on both ends it bolted right on… and lasted until I made it to Advance Hobbies on Saturday, hooray! 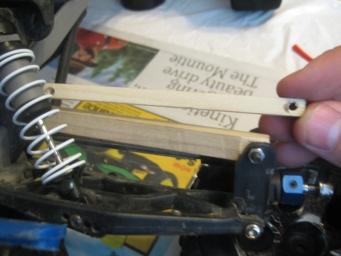 Next up: turning it into a dune buggy with a VW beetle body. First step: ribs on the front and something a bit knobbier on the back: stay tuned! 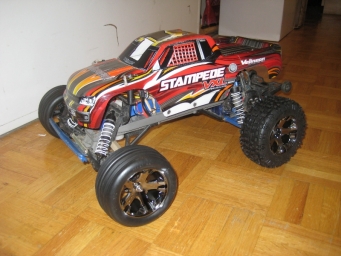