Just over a month ago now I bought my first new RC car in almost 20 years: a Redcat Caldera SC 10E from AmazingRCStore.com. In the past weeks I’ve been driving it a couple times a week, and ordering some new parts to make it even better. But before I tried anything that really might break it I had to attend the first 2012 Redcat Race Day put on by AmazingRCStore. It was a drag race, which didn’t fill me with confidence since I had a hard time accelerating straight (you’d think it would be easy 🙂 ) – but in prep I put on a set of road tires that came with a Traxxas Rustler I used to own. Here’s the Caldera dropped about 1/2″ with street shoes (which turned out to be a poor choice): 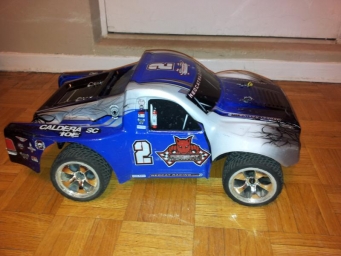 I arrived about 15 minutes before the start of the event: the parking lot was already filled with other people – with lots of little nitro cars whizzing about and music playing. Pamela from ARCS signed me up, and we were ready to go! 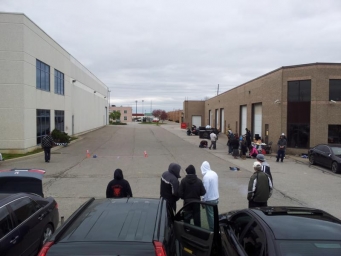 Everywhere you looked people were tuning their cars… 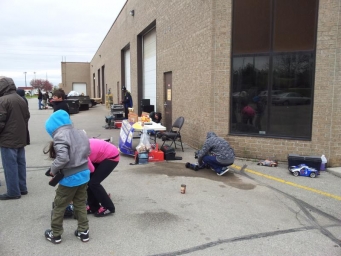 …though it was mostly those people with nitro… the electric guys just stood around comparing notes since we had nothing to fiddle with 🙂 . Lots of chatting and eyeballing each others cars with our hands shoved deep in our pockets and jackets zipped all the way up, it was cold! 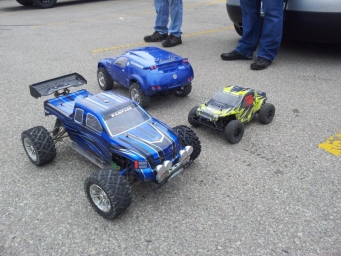 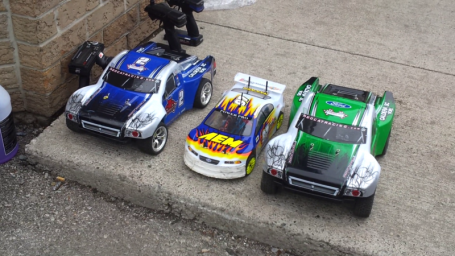 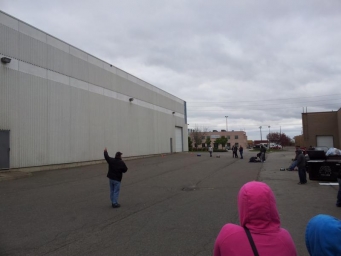 DJ Major from Players Sound Crew kept the tunes pumping while the announcer called out the races. 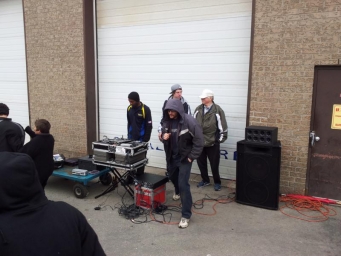 I got knocked out after 2 rounds: the first had me slide across the finish line sideways and get pinned under the front fender of a spectators Nissan:) – the finish line wasn’t that far from the end of the parking lot… so the faster you were going the less time you had to stop before you plowed into the front of the nearest parked car. Round two I also spun out at the end of the run… and around the far corner of the building. I couldn’t see my truck so I didn’t touch the radio… when I got there it was sitting with it’s belly in 2″ of water in the only puddle in the parking lot 🙁 . That knocked me out of the action for about 20 minutes while I shook all the water out of the electrics. (by the time we left I was running again). Gave us lots of time to compare vehicles while the final races were run and the draw for the mini-crawler was held. 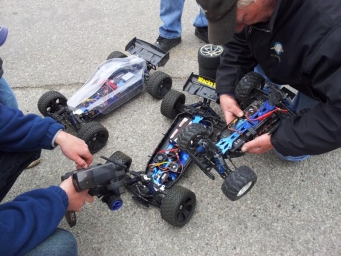 At the end the three winners lined up for photos and congratulations (3rd place is Mark Droog on the right, who gave me lots of tips on how to maintain my Caldera)… 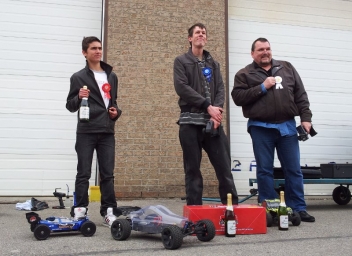 …then everyone either clumped up to chat about RC for awhile, ran the drag strip a few more times, or retreated to the warmth of their cars for the drive home. I had a great time, even if it was chilly enough I could barely feel my fingers while driving 🙂 . Thanks to the team at AmazingRCStore for running the event! If it sounds interesting check out their homepage, or watch their Facebook page for updates!

When I got home I took a closer look at the truck, and noticed some body damage on my rear fender… from my brush with the SUV. Nothing some Shoe Goo and drywall tape can’t fix. Can’t wait for the next event! 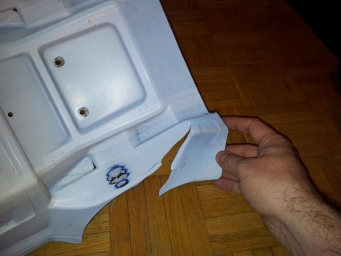